​For Prospective DAR Members
We are mothers, daughters, grandmothers, friends, or colleagues and are part of a volunteer organization that is more than one million strong!

Who is eligible?
Any woman 18 years or older, regardless of race, religion, or ethnic background, who can prove lineal descent from a patriot of the American Revolution.

What happens next?
Shortly, you will be contacted by the state membership committee, and you will receive greetings from the Old Concord regent and registrar. We look forward to helping you research your patriot by connecting you with our genealogist who will help you with your paperwork and application. 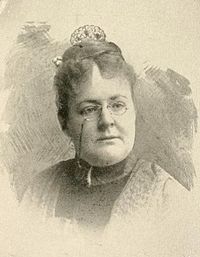 The Old Concord Chapter NSDAR was organized on October 12, 1894, by Harriet Mulford Stone Lothrop.  Harriet Lothrop, (better known by the pen name, Margaret Sidney, as a writer of children's books), was born June 22, 1844, in New Haven, Connecticut. She graduated from the Grove Hall School in New Haven. From early childhood she wanted to be a writer.
​
In January 1880, the story that was to assure her place as a writer of American children's literature began to appear in serial form in Wide Awake, a children's magazine. The story was called The Five Little Peppers and How They Grew. During the next 36 years, Mrs. Lothrop wrote over 40 books in all, among them: Old Concord:  Her Highways and Byways (1898), Whittier with the Children (1893), Little Maid of Concord Town (1898), Little Maid of Boston Town (1910), and the last book she wrote, Our Davie Pepper in 1916.​ 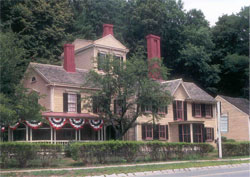 On October 4, 1881, Harriet Stone married her publisher, Daniel Lothrop of Boston. On May 25, 1883, they bought The Wayside, and on July 27, 1884, their only child, Margaret Mulford, was born in Concord at The Wayside. In addition to being a mother and author, Harriet Lothrop was active in numerous social and patriotic organizations. Of all these, the Daughters of the American Revolution and the Children of the American Revolution were, in all probability, the most important to her. Harriet organized the Old Concord Chapter NSDAR and served as its first regent (1894-1896).

Children of the American Revolution 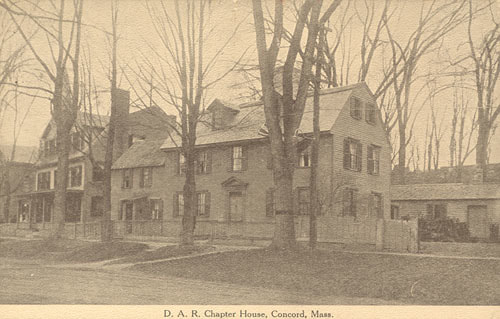 In 1895, Harriet Lothrop founded the National Society Children of the American Revolution and organized the North Bridge Chapter C.A.R. She served as national president from 1895-1901 and was made honorary president for life in 1901. At the time of her death in 1924, the C.A.R. had a membership of over 22,000.

​Harriet Lothrop helped preserve, for all Americans of future generations, four historic sites in Concord: The Wayside, Orchard House, The Grapevine Cottage and finally, the "Old Concord Chapter House," now known as the Pellett-Barrett House, one of the oldest houses in Concord.

On August 2, 1924, Harriet Lothrop passed on while living in California with her daughter, Margaret Mulford Lothrop.  Margaret brought her mother back to her beloved Concord, and she is buried on Authors' Ridge in Sleepy Hollow Cemetery, Concord, Massachusetts.  Margaret Lothrop later made The Wayside her home.  With great pleasure, on June 22, 1965, she transferred the property to the Minuteman National Historical Park.